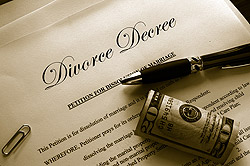 After a failed attempt at alimony reform in 2013, the Florida legislature is at it again. The Florida Senate has SB 1248 in the final stages of approval while the Florida House of Representatives has HB 943 almost ready for review and passage. The two bills are strikingly similar at this point in the legislative process, suggesting that a new alimony statute could be ready for Governor Scott’s signature as early as summertime.

Please be clear that no law has been passed so far. Until a new law is actually passed, the language of both bills could change in any and every way. That’s politics in Florida! But if the bills remain in substantially the same form, the award of alimony in Florida divorce cases is going to undergo a radical change after the effective date of the proposed new law, October 1, 2015. This means that if passed by the legislature and signed into law by Governor Scott, any alimony cases pending before the court on October 1, 2015, or filed after that date, will be governed by the new law.

But do the proposed changes in the alimony statute accomplish this lofty goal of judicial uniformity at the expense of alimony recipients? It’s hard to read the proposed changes in the Senate and House bills without sensing a decided tilt in favor of the alimony payor. Could the large number of divorced, alimony-paying legislative members finally be having their say, i.e. “too much for too long?”  This would seem to be the case since:  (1) permanent alimony is eliminated under both the Senate and House versions and (2) the amount of alimony awarded is limited to a presumptive range calculated under mathematical formulas and set forth in chart-like guidelines.

Both the Senate and the House bills define a long-term marriage as more than twenty years in length, while a marriage lasting twenty years or less is deemed a short-term marriage. You can probably already see where this is going.  Alimony awards fall within a particular statutory presumptive range based on (1) whether the marriage was long-term in duration or short-term as defined by the statute, and (2) the amount of disparity between the gross income of the alimony payor and the alimony payee.   Mathematical formulas and charts for calculating the presumptive range of alimony awards are included in both the House and Senate bills.

If you are presently a party to a divorce proceeding involving alimony or if you are considering filing for divorce where alimony will be an issue, you should definitely keep a close eye on whether the proposed changes are passed into law this year.  Future blogs will discuss the proposed changes in more detail.  In the meantime, consult with an experienced family law attorney to see how your present or future divorce case could be impacted by this proposed change in Florida alimony law.