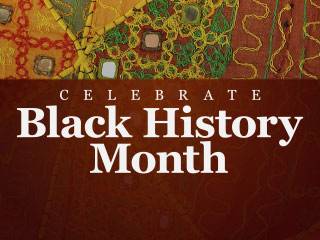 Black History Month is here again.  Since 1976, every U.S. president has recognized February as Black History Month, but the tradition dates back to 1926 when Negro History Week was declared to occur during the second week of February between the birthdays of Abraham Lincoln and Frederick Douglass. Other countries like Canada and the United Kingdom also celebrate black history during an entire month.

This year’s theme is “A Century of Black Life, History and Culture.”  Special events are planned all over the country.  PBS has announced several featured shows and many more available for online streaming. Many cities are offering multiple events to celebrate Black History. The City of Tampa presents its 27th annual City of Tampa Annual Black History Celebration on February 18th.  The St. Petersburg Museum of Fine Arts is offering a collection of Afro-American themed photographs in its “African American Life and Family ” exhibit until May 3rd.

On a much more somber note, the New York Times revealed the recent release of a report on past lynchings by the Alabama-based Equal Justice Initiative. The article includes a map of the locations of lynchings of black men, women and children. Florida is among the many states showing a high numbers of lynchings in its past, from 1877 to 1950.

An African-American writer about race and political issues, Ted Johnson, believes that the month should also focus on present efforts to eliminate racial discrimination in America.  Johnson states that the black unemployment rate is still twice that of the rest of the country, that suburbs of large U.S. cities now house the largest and fastest growing poor population, an increase of more than 65 percent since 2000.  He notes that current income gap and wealth disparity issues in the press today were also issues that concerned Martin Luther King many years ago.