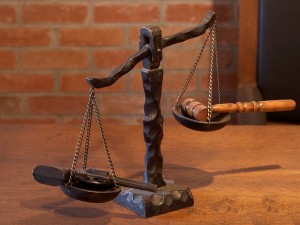 Florida judges are supposed to maintain an impartial, fair attitude toward both parties in a divorce or other family law proceeding. Sometimes, however, one party may believe the judge favors the other party and is no longer neutral in the case. Perhaps the judge made a comment about the case or a party or a party’s attorney that is interpreted as being more favorable to the other party, even though all of the evidence hasn’t yet been presented to the judge. How do you get a different judge assigned to your case?

Florida law permits the disqualification of a judge from a case when certain strict standards are met. The standard for disqualifying a judge the first time in a case is more liberal than the standard for disqualifying a successor judge in the case when the same party disqualified the first judge. This blog topic, parts one and two, will only address the requirements for a party’s first disqualification of a judge.

The first thing to understand about disqualification motions is that they are often denied because they don’t meet the legal and procedural standards for this type of motion, discussed in more detail in part two of this blog topic.

The second thing to understand is that disqualification motions must be timely filed –within 10 days of your discovery of facts supporting your belief that the judge is biased against you.

The third helpful thing to know is that even though you sincerely believe that your judge is biased against you, your reasons for this belief may not be legally sufficient to require the judge’s disqualification. This is a legal determination, and there are many, many different legal decisions on the issue with a wide range of results. For example, the fact that a judge has ruled against you is not legally sufficient grounds for disqualifying the judge. But making a comment that suggests that the judge has prejudged an issue before hearing the evidence might be legally sufficient grounds to require removal of the judge from your case.

The legal requirements for disqualification are technical and strict. The motion must be correctly prepared and filed. No hearing will be held on your disqualification motion, so you won’t get a chance in person to convince the judge that disqualification is required. It is highly recommended that you consult with an experienced family law attorney before deciding whether you have legal grounds for disqualifying a judge.