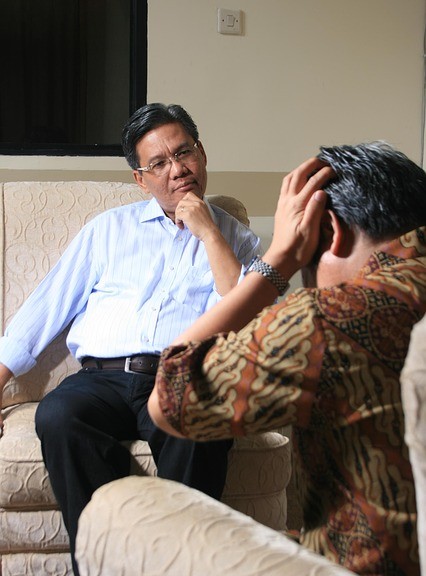 Domestic violence can occur in any relationship, whether you are married or unmarried, or an opposite sex or same sex couple. Men, however, are far more likely to be domestic violence perpetrators than women.

In this type of program, perpetrators are also taught new ways of interacting with their partner that are incompatible with domestic violence. Instead of intimidation, threats and coercion, isolation, emotional and financial abuse, blaming and scapegoating, perpetrators learn about fairness and negotiation, financial partnerships, shared and responsible parenting, trust, honesty and respect within the relationship, and non-threatening behaviors.

Other programs focus more closely on the perpetrator’s psychological coping deficits, noting that domestic violence perpetrators often had a parental abuser while growing up who modeled domestic violence behaviors rather than effective stress coping behaviors and techniques. This type of program emphasizes self-responsibility and self-control, teaching perpetrators to better recognize their own emotions when they are feeling “triggered” to engage in domestic violence. Perpetrators are taught how to take an emotional ”pause” at that point of high stress in order to make a more reasonable decision about their behavior. Perpetrators learn that no matter how infuriated they might feel with their partner at the moment, these intense emotions do not require a domestic violence response.

If you are considering taking legal action concerning domestic violence, consult with an experienced family law attorney about your legal rights and remedies. It could be the first step toward safety for your family.