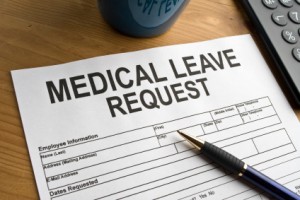 As more and more states recognize the rights of same sex couples to marry, the federal Department of Labor’s Wage and Hour Division has now stepped up to the plate and issued a new Final Rule permitting any legally married person to take federally protected leave from employment under the Family and Medical Leave Act (the “FMLA”). The new rule is effective on March 27, 2015.

Previously, in order to qualify for FMLA leave protections, a couple’s marriage had to be legally recognized in their state of residence. Under the new rule, so long as the marriage was legal in the state where the marriage took place, both spouses are entitled to full FMLA rights and protections.

FMLA permits eligible employees of employers covered by the Act to take unpaid leave for specified family and medical reasons without loss of their group health insurance or job position during their leave. Employees most commonly use it so they can care for a seriously ill family member and for maternity/paternity leave within a year of the birth of a child, or a placement of a child with the employee for foster care or adoption. FMLA leave can also be taken if the employee has a serious health condition preventing the performance of essential job duties. The FMLA was passed in 1993, but it took twenty more years for the United States Supreme Court to strike it down as unconstitutional, a provision of the federal Defense of Marriage Act that limited “marriage” and “spouse” to opposite sex couples for the purpose of applying a federal law.

The DOL’s new rule is a direct response to this ruling. It is also intended to ease the burden of employers operating in several states and/or with employees who move between states with different marriage recognition laws. Under this new rule, all legally married couples, same sex or opposite sex, have uniform rights under FMLA regardless of where they live.