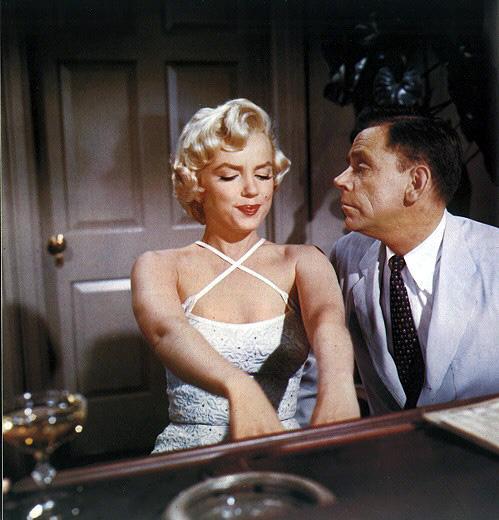 This summer is the 60th anniversary of Billy Wilder’s classic comedy The Seven Year Itch, the story of a middle-aged, married New Yorker and his attractive young neighbor, played by Marilyn Monroe. His wife is away with the kids for a long vacation. Will he or won’t he give in to temptation?

The movie and the play it was based on made “the seven-year itch” part of our national vocabulary – a shorthand verbal wink that says love and happiness fades by the 7th anniversary when spouses get an itch for more.

Statistics from the U.S. Census Bureau show that the seven-year mark is indeed notable. In first marriages, the median time from wedding day to separation is seven years while the median time for divorce is eight years.

There have been some fascinating theories from psychologists and anthropologists about why this may be true. Biological anthropologist Helen Fisher studied cultures around the globe and theorizes that it has something to do with the age of young children and how they were spaced in primitive societies.

Closer to home, the Florida Department of Health offers some interesting data on its CHARTS website. You can look at every year from 1970 to now and see how long marriages lasted that ended in divorce or annulment in Florida. Times have changed in the past 45 years, but not the fact that marriages end most frequently before the 10th anniversary.

In 1971, when there were only about 7 million people living in Florida, the bar chart spikes for the number of married couples (about 9,600) that legally split after five to nine years of being wed. The population had soared by 2013 – with 19.6 million residents – but couples were still divorcing most frequently before 10 years of marriage with some 22,000 calling it quits in court between their 5th and 9th anniversaries.

When one of my clients comes in seeking help for a divorce, one of the first things we will talk about is the length of the marriage. Legally, in Florida, marriages are designated “short-term” when they are less than seven years; “moderate-term” when more than seven years but less than 17; and “long-term” when 17 years or more.

For the spouse who needs alimony and post-divorce financial support, these designations are important. Alimony isn’t automatic. Florida family law statutes take into account the length of marriage; spouses in short-term marriages, for instance, are generally eligible for only temporary alimony that helps the transition from married to single life – if they are eligible for alimony at all.

In the past two years, the Florida Legislature has tried to restrict alimony even more and I expect there will be further attempts to change the law and reduce alimony in many instances.

Another factor for couples divorcing after a “short-term” marriage: If they have children, their children are most likely to be quite young. That means there will be years ahead of shared parenting. Even though it can be difficult, divorced parents who are respectful of each other and cooperative will be acting in their children’s best interest. Studies show that children are most negatively affected by conflict between parents or when one of the parents is financially strapped.

I like to say that divorce isn’t a win-or-lose situation but working out a plan that is equitable and if there are children putting their best interests forward. That’s an important goal, no matter how long a marriage lasted.

If you’re considering a divorce, consulting an experienced family law attorney is recommended.