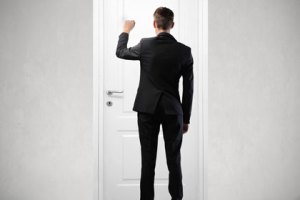 Think about this situation: Your 2-year-old child fell in the bathtub and hit her head. She cries but doesn’t lose consciousness, and other than a black eye, she seems fine. She goes for timesharing with her father but before she returns, you hear a knock on your door and open it to find a Child Protective Investigator (CPI) and a deputy are standing there. They tell you they are investigating a child abuse allegation involving your daughter.  What do you do?  What are you legally required to do?

You can’t refuse to allow the Department of Children and Families (DCF) to begin a protective investigation, nor can you interfere with the conduct of the investigation, but you do have rights.

DCF’s CPI’s are required to have a face-to-face interview with the child, other siblings, parents, and other adults in the household, and to do an onsite assessment of the child’s residence.

Among other things, the CPI is required to inform the person being investigated that they have the right to obtain their own attorney. This is an important right, which can protect you during the investigative process and during any court proceedings.  An experienced dependency attorney will want to be present during the interview and will probably insist that the interview be recorded so that there is no dispute as to what has been said. You don’t want to be one of those parents who learns that the CPI didn’t properly describe what was said in their reports, they didn’t include important exculpatory information, or that they misconstrued what was said. It is difficult to rebut what the CPI says if you don’t have a record of what was actually said. If court or administrative action is taken, your experienced attorney can use the recorded statement to show that the CPI didn’t do their job correctly.

What does our Mother in the example above do? She allows the CPI to enter the home and assess her residence. She politely declines to give a statement until she can find an attorney to represent her, which she will do quickly, so as not to impede the investigation. She inquires as to the whereabouts of her child. DCF may instruct the Father to keep the child until they have completed their investigation. The Mother may feel that if she talks to the CPI when they show up, they might be more inclined to return the child immediately. This, however, probably won’t be the case, and the Mother may find herself in a situation where her statements are used against her. The Mother needs to hire an experienced family law attorney who has worked with DCF in the past and who is comfortable litigating dependency cases involving abuse and neglect.