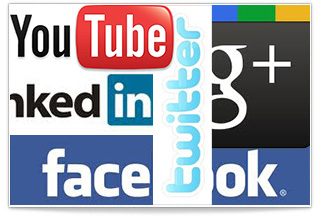 Evidence taken from social media sites is being used more and more frequently in divorce litigation. Most people can figure out not to brag about spending on your new girlfriend if you have a spousal support hearing coming up, but parents don’t always realize that their parenting skills can be called into question by a skillful attorney with evidence from Facebook and similar sites.

If you are badmouthing your soon-to-be-ex on social media sites, his or her attorney can argue that you lack the ability to foster a good relationship with the other parent. Photos of your good times at parties and with friends can be portrayed as drunken, irresponsible behavior, especially if the children were with you or in your care at the time.

Don’t overlook the social media postings by your children. If you are going through any type of a custody/timesharing dispute with the other parent, you want your child’s social media postings to broadcast your good parenting skills. The opposite will happen if your teenager is posting photos of under-age drinking, illegal drug usage or inappropriate sexual content. If your younger child proudly posts a video of his or her latest skateboard feats, your spouse can argue it shows dangerous behavior that a responsible parent would not have allowed. The possibilities are endless in divorce court.

At all times, keep in mind that there is no such thing as deleting or eliminating any post once its posted online. Even sites with “disappearing photos” give a viewer enough time to take a screenshot of the photo. Guess who is going to ultimately end of up with that screen shot if it makes you look like a bad parent during your divorce?

If you are concerned about your social media exposure during a divorce, consult an experienced family law attorney to discuss your concerns.  Your divorce and custody rights are too important to ignore this new aspect of divorce.