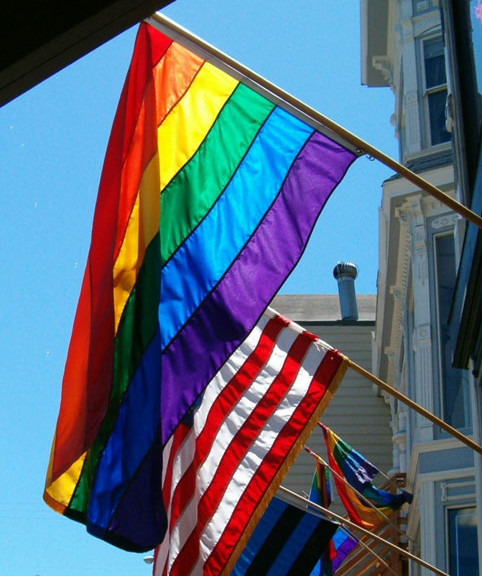 As a society, we’re talking more openly about differences and how to respect those differences. Still, transgender issues may not be as clearly understood. In my view, the best way to learn more is to hear the perspective of someone parenting a transgender child. The following is from my client, who has a transgender daughter. Transgender issues were not part of my client’s divorce because her child was just a toddler at separation and a young child when the divorce occurred. The gender difference the child was experiencing – born as a boy but always feeling like a girl inside – became apparent later. But let my client tell you the story, which starts below.

My child was two years old when my husband and I separated and a young child when Jeanne helped me with my divorce. So as Jeanne has noted, transgender issues didn’t come up as part of the divorce process. We had known our child was different from an incredibly young age, but we weren’t sure how to define those differences. Even at age two, my child preferred “girl things.” Pink and sparkles and princesses, and at birthday parties Jordan went for the “girl” party favors. By age four, when every fountain we passed was a wishing well, I’d hear my baby quietly say, “I wish I was a girl.”

Luckily, we had chosen a gender-neutral name, so my son, Jordan, could become my daughter, Jordan, with little confusion. Not all families are as lucky. Calling a transgender person by their incorrectly gendered name is called deadnaming and can be enormously painful to their emotional well-being.  How we think of and use pronouns can be confusing at times but incredibly beneficial for everyone.  It took me a long time to stop differentiating pronouns in my head from before (he) and after (she), but consistently using her correct pronouns even when referring to before transition reinforces that this journey isn’t something she chose.  She has always been “she” and “her”, recognition and acceptance just took some time.

By the time Jordan was five, I had realized that this wasn’t just going to go away. I struggled with knowing the “right” thing to do and caved to the social pressures in our families not allowing Jordan to play with princess dresses in the house.  Knowing we were going to be on a long journey, I learned as much as possible about this new world. I follow many transgender people on social media who are generous enough to share their experiences openly with the world. Their stories combined with the advocacy groups I follow teach me about what to expect, how to protect, and how to keep learning.

I often discussed top-level gender and sexual preference differences with Jordan. Men can love women and dress as men; men can love men but dress as women; men can love women but become women; etc. I wanted her to know the possibilities are infinite, and she never has to narrowly define herself in any way but what felt the most like HER.  By the time she was six, we moved in with my parents where Jordan wanted a princess-themed room. My father, a conservative to the core, was having none of it. As a compromise, we went with a Disney theme. I constantly talked about how gender roles were social constructs and there are no hard and fast rules. My goal was to ensure unconditional love. I constantly reinforced to anyone who would listen that my child would be loved and accepted by me, no matter what.

Just before Jordan’s eighth birthday, she heard my cousin’s daughter talk about a movie where a man became a woman. Jordan came home and immediately asked if this was true – could a man become a woman? When I said yes, she immediately stated, “I want to become a girl.”

I called our pediatrician for guidance, who referred us to a psychiatrist who specializes in gender dysphoria. Gender dysphoria is when your psychological identity doesn’t match your physical body. Seeing the psychiatrist was a relief as both of us received the reassurance that there’s nothing wrong with either of us. I didn’t know it was okay for Jordan to wear clothes for girls. Right after that first psychiatrist appointment, we went to the store and bought “girl clothes”. She officially had begun her transition.

It was a long, scary process of learning, but here is what I know: Gender can be broken down into four main aspects, each of those aspects equally important in defining who we are. The first is assigned sex at birth. Jordan was assigned male because of her genitalia; I was assigned female because of mine. The next aspect is gender identity, or how we see ourselves from the inside, and after that comes gender presentation, or how we present that inside to the outside world. Think of both of those as sliding scales that change with each age and stage’s personality adjustments. Nothing is set in stone, and everything is ever changing. At that time, Jordan identified as female and wanted desperately to present as female. Having been denied that presentation for years, her first foray into fashion was ultra girly.

The final aspect is sexual preference. Jordan was a little young at that time to define her sexual preference, but I now know she’s pretty boy crazy. The terms heterosexual, bisexual, and homosexual all define sexual preference in binary terms; black or white, male or female, straight or gay. Jordan fits into none of those because she is a transgender female that likes boys. Pan sexual is a non-binary way to define people like Jordan. (All confusing and scary, right?)

Jordan had come home from that first psychiatrist appointment elated to have started the journey. I was quite nervous about her school transition, but first she had to “come out” to her family. I encouraged her to call her father, who lived in a different city and had known forever that this call was coming. Jordan was struggling with her relationship with her dad and was terrified to tell him about how she wanted to live outwardly as the girl she was on the inside. She cried for 30 minutes before getting the nerve to make the call. Thankfully, her dad was very supportive, and after the call you could see Jordan physically relax. She ran into my parents’ room, and proudly exclaimed, “Grampy, I’m going to become a girl!” Her (remember, ultra conservative) grandfather predictably balked. Jordan sweetly patted his arm, and said, “You’ll be okay” and sauntered out of the room. She instinctively knew that he loved her for her and would get over his external opinions eventually. He hemmed and hawed until I explained the startling and terrifying statistics: 40% of transgender people with support commit suicide. Remove that support and it goes up to greater than 50%. I will never again hear my child tell me that she thinks the world would be better off without her in it.

My extended family members are also quite conservative, and I was prepared to cut them out completely if they couldn’t support Jordan’s journey. “You can support her without agreeing,” became almost a mantra, I repeated it so often. I’m happy to say they all handled Jordan’s transition like champs, with plenty of love and support. It is humbling to realize that the love of Jordan is changing people on a molecular level.

The first time Jordan presented herself among peers as a girl, none of her friends batted an eye. It was at a Hogwarts Feast birthday party, where Jordan fully presented as female.  We had let her start growing out her hair when she was five, so she already had a sassy ponytail. None of her classmates were surprised as Jordan had always told them she was a girl inside and would be allowed to dress like one soon. Her third-grade teacher was the one that struggled the most with the transition, but even she put the needs of my child above her opinions.

If I’m making this all sound easy, I’ll adamantly reassure you that it wasn’t. I realized that I needed to become a fierce protector of my daughter. I needed to follow politics (a Florida state legislator filed a bill to make gender dysphoria treatment illegal; it didn’t go anywhere, thankfully) and look out for her at school. In the beginning, my own insecurities tricked me into thinking that everyone knew and was judging us. In the beginning, I mourned the loss of my son while celebrating gaining a daughter. In the beginning, I struggled with using her chosen pronouns (she / her) even when referring to “before.” Then, my sweet little angel hugged me, looked me in the eye, and said, “I’m still me. I’m the same person, just with a ponytail.”

When Jordan was in the fourth grade, I learned that Jordan wasn’t allowed to use the girl’s bathroom in the cafeteria. Instead of telling me this and making a fuss, for months she had been avoiding the boy’s and girl’s segregated cafeteria bathrooms and using a unisex bathroom down the hall. I was ashamed to learn that I had no idea, even when she had wet her pants – twice – earlier in the year. I never connected the dots. I talked to the school’s administration and sought out support from Equality Florida, an LBGTQ advocacy group which presented a workshop for the district, principal, administration, and teachers on transgender students. There were only two weeks left in the school year, but resolution was important to me because Jordan may be their first transgender student but would not be their last.

Finding a pediatric endocrinologist who treated transgender children was the most difficult. I cried when the first office I called sanctimoniously told me, “We don’t treat that diagnosis.”  Yes, there can even be bigotry in medicine. Finally, I learned there are two major pediatric endocrinologist practices that specialize in gender dysphoria, at the Joe DiMaggio Children’s Hospital in Hollywood, Florida and at the University of Florida in Gainesville, Florida. Both were 2.5 – 3 hours away. We chose the University of Florida, where their treatment is three-pronged: medical, psychological, and advocacy. We would have been lost without Jordan’s first transgender advocate.

Jordan is now 11 and attending sixth grade. Last year, I turned her very first “girl outfit” into pillows, so she will always have them to remind her of her strength. Her latest school is a magnet school, where I spoke to the administration at length and feel that her needs will be respected. She just started puberty, so she will begin her medical transition soon. She has been prescribed puberty blockers to delay puberty until she is 14. At age 14, Jordan can reassess and make a decision about whether she wants to stop or continue her transition. At 14, she has to decide if she wants to have sperm harvested for biological children. This will not be an easy life for her, but she’s the most amazing person I know.

Whatever she chooses, as her mother, I will support and protect her every step of the way through this life and beyond.