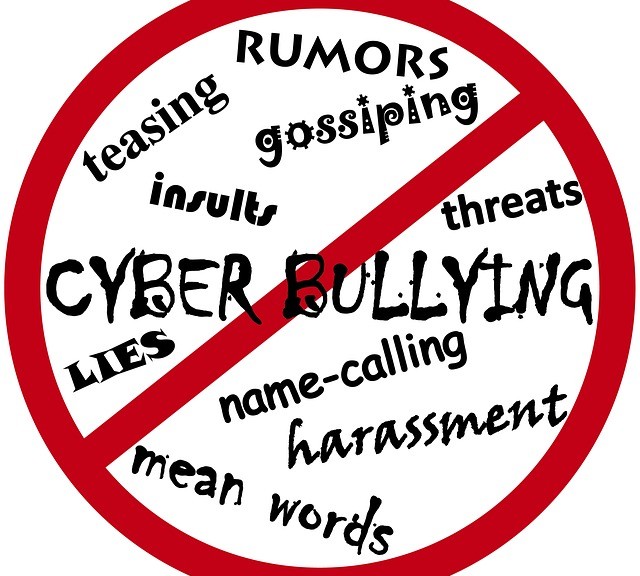 Bullying behavior has existed as long as people have walked this planet. Bullying is unwanted, aggressive behavior expressed verbally, socially, physically, or often through a combination of these behaviors. Bullies may cruelly tease and say mean things to the victim, spread rumors about the victim, try to embarrass and exclude their victim from social groups. They may also hit, pinch, shove or threaten the victim with harm. There is always an imbalance of power between the bully and the victim, either real or perceived.

Cyberbullying is a newer phenomenon that is both the same and different from person-to-person bullying. Cyberbullying takes bullying to a new unfortunate level. Instead of bullying behavior being generally limited to personal interactions between the bully and the victim, cyberbullying uses technology that is available 24//7 to harass, threaten, embarrass and intimidate. Cell phones, tablets and computers with social media, email broadcasts, and internet message boards make transmission of digital bullying behavior instantaneous, available to a virtually limitless audience, and possible even when the victim is alone in his or her own home.

Technology also makes it possible for cyberbullying to occur anonymously. It can be very difficult to trace the identity of a cyberbully, and next to impossible to remove posts and photos posted with the intent to cyberbully a victim. There is also a high likelihood that a person victimized by cyberbullying is also being bullied in person, especially if the victim is a child or teenager. It is estimated that roughly 25% of children and teenagers suffer bullying behavior at some point in their young lives.