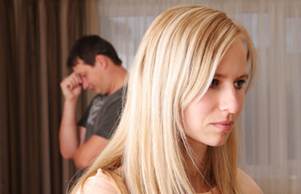 Divorces occur for many different reasons.  Since Florida is a “no fault” divorce state, your reasons for divorce aren’t legally important. The only requirement is that your marriage is “irretrievably broken.”  But, don’t be misled by the phrase “no fault.” Even though fault (marital misconduct) is not a legally required basis for divorce, it can be an important factor in determining alimony, equitable distribution of marital assets and debts, custody/timesharing of children, and attorney’s fees awards.

Economic fault can impact property division awards. If one spouse’s marital misconduct has negatively impacted the marital finances, the other spouse may receive a greater share of assets in compensation for the spouse’s financial misconduct during the marriage. For example, if one spouse has spent significant amounts of marital monies on an affair, addiction, or otherwise dissipated marital assets close to the time of divorce proceedings, the other spouse may have a claim for an unequal distribution of marital assets in his or her favor.

A spouse’s fraudulent conduct before or during a divorce may also be considered when as award of attorney’s fees is sought from that spouse. If the offending spouse is shown to have hidden assets or turned them over to family members, friends, or a paramour in an attempt to keep the assets from being divided in the divorce, the other spouse may be awarded an increased amount of attorney’s fees because of the fraudulent conduct.

If marital misconduct has taken place in your marriage and you are considering divorce, consult with an experienced family lawyer to discuss your particular circumstances.  Know your legal rights before you file for divorce.