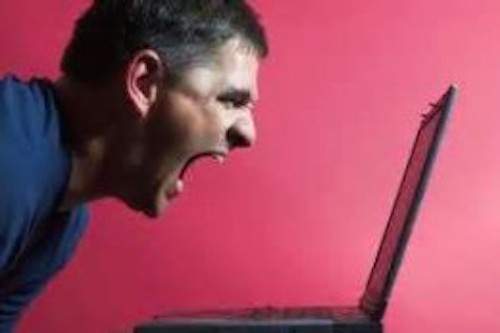 The second stage of grief with loss in divorce is anger. Anger is often the first emotion associated with divorcing spouses in the popular media. Since anger is seen as the first stage so much in the media, less attention has been paid to the fact that many mental health professionals consider anger to be the second stage of the five stages of grieving the loss, even in marriage.

Sometimes we see anger toward someone as true anger, when, really, at the heart of the angry divorcing spouse is deeply experienced pain. Anger is a way to mask the pain and provides an energy outlet for the angry divorcing spouse. Careful attention may be paid by the angry spouse to blaming the other spouse and his or her attorney for perceived wrongdoing during the divorce process. The angry spouse is often quite demanding and may direct their anger at their own attorney, even accusing their attorney of not “being on my side.” The angry spouse can even direct his/her anger inward and experience significant guilt for the divorce.

Like denial, anger can serve a useful purpose during the divorce process.  It can galvanize a more passive spouse to stand up and demand a fair and equitable divorce settlement. The angry spouse can be highly motivated to cooperate in the divorce process to end it as quickly as possible.

Although it can serve a useful purpose, it can also be detrimental not only to one’s self, but also the divorce proceedings. The individual “stuck in anger” can wreak havoc on the divorce process by making unreasonable demands, refusing to negotiate in a reasonable manner and being constantly frustrated with the divorce process. Referral to a mental health professional is sometimes appropriate when a divorcing spouse’s anger is impeding the resolution of a divorce.